SIGN UP NOW - Race With the Legends at the Inaugural Yokohama NORRA 500 Presented By Method Race Wheels! 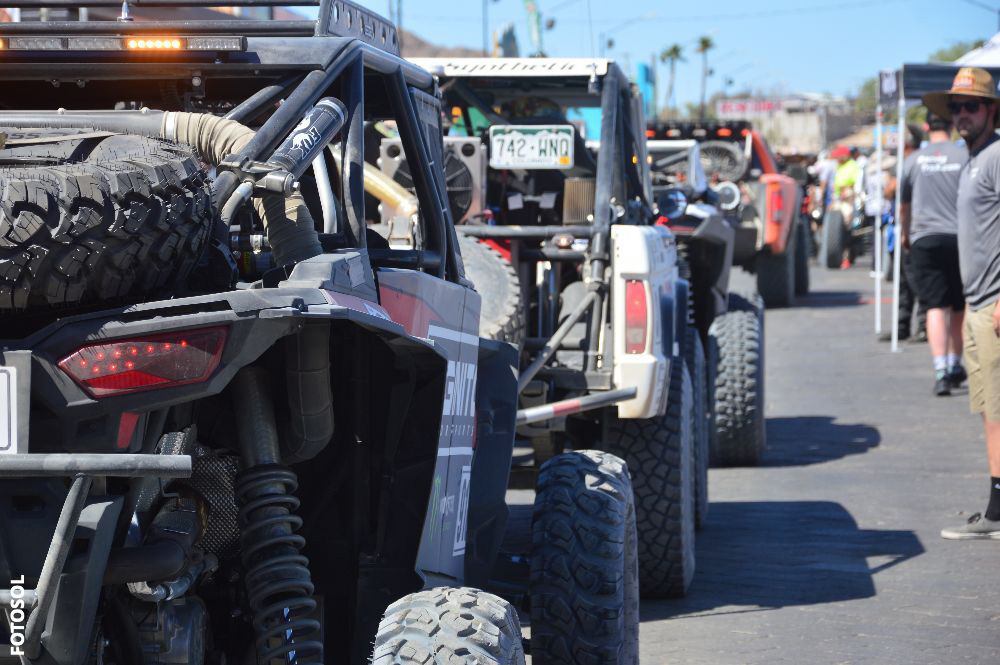 AGUA DULCE, CALIF. – – Don’t miss out on the Inaugural Yokohama NORRA 500 Presented by Method Race Wheels. Registration is well underway. The $100 late registration fee, originally scheduled to start on September 15, has been delayed until September 20!

If you’re still sitting on the fence, you better move now; the NORRA 500 is fast approaching. It’s your chance to make memories that will last a lifetime. You will be taking part in the inaugural race that follows in the tradition of the legendary NORRA Mexican 1000. The 500 takes place in Ensenada, Baja Mexico, and after the fun and celebration of the street party known as contingency and technical inspection, you will be racing two days on separate 250 mile loop courses that start and finish in Ensenada. That means you don’t need to figure out all the logistics of a full run down the Peninsula. That doesn’t mean you will miss anything of the Baja experience because you will be racing along the coast, through the famous pine forest, and a special timed section on the road to Mike’s Sky Ranch. The winner will be crowned STEEL-IT King of the mountain. After 2 days of racing there will be a huge party at the awards ceremony. Even if you don’t have a race vehicle, you can still participate in the SAVVY Safari class. 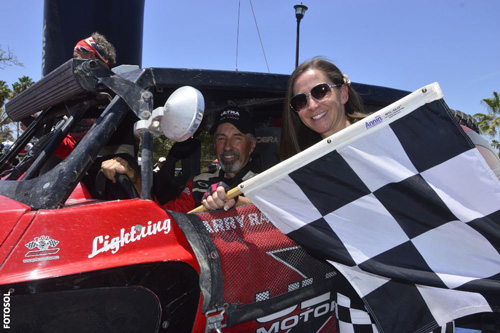 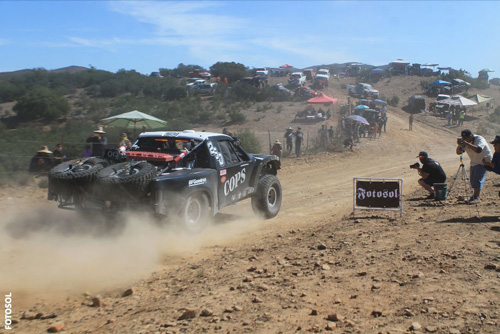 The best memories are made when you are in great company. That will be the case at the Yokohama NORRA 500. The field at every NORRA event is really special. It’s a combination of racers, automotive industry people, celebrities, and everyday folks who love Baja. One of the racers competing is a Baja Icon. “Lightning” Larry Ragland raced buggies before making the switch to the thundering Class 8 trucks. When he became one of the original unlimited truck class racers, his winning ways continued. Ragland has won nearly every major offroad race, and has somewhere north of 13 Baja race wins; many were overall victories. Lots of people never miss a NORRA event like TV producer John Langley and his Son Zak. Langley produces the show “Cops.” The same can be said of Kevin, and Michele Busch. They will be riding their 2006 Honda XR 650 Rs at the same time. Kevin has the bars, and Michele sits on the back. They are both amazing riders if you can imagine. They usually ride their bike down for the rally, and then ride home when they’re done. 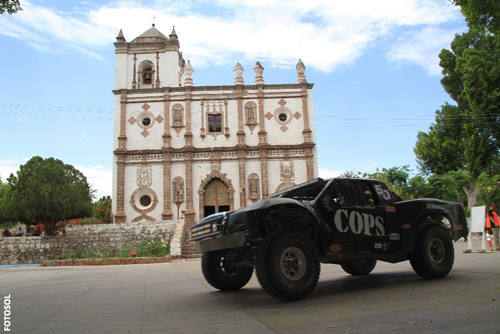 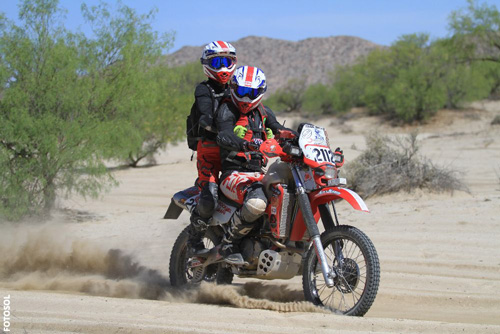 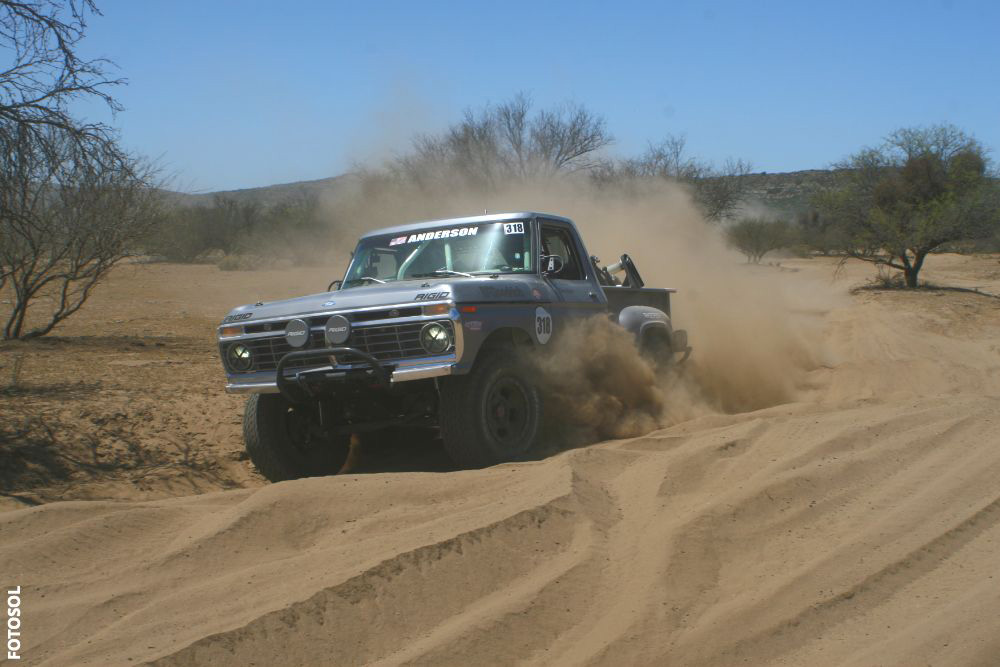 There are plenty of Industry people who also sneak away when they can like Taylor Anderson of Rigid Industries. Kevin and Bud Fitzgerald, Colbey Groom, and Brian Godfrey of Method Race Wheels are frequent entrants. South Point hotel owner and Binion’s Mint 400 race winner in 1966, Michael Gaughan is always a welcomed friend. Multi-tool owner Joe Bolton has raced NORRA on two wheels and four. In fact, even when they can’t make it down, they all sponsor NORRA because they love it so much. Then there are the everyday people who come to race against their friends and idols. David Hough is the perfect example. David won the Vintage era class at the NORRA Mexican 1000 in 2017. He was racing the same truck he drove in college. David had gotten faster and faster every year. He was awarded the Corky McMillin trophy with his win which was ironic because he had to beat Corky’s grandsons Dan, and Luke McMillin who were racing in his class. 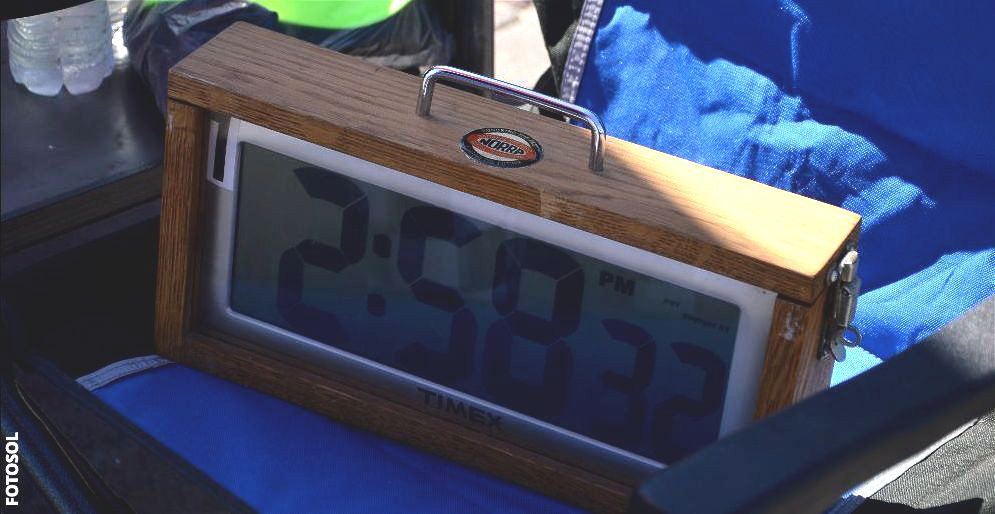 The NORRA 500 will offer two separate 250 mile race courses starting, and finishing in front of the Riviera Convention Center in Ensenada. Cars, and Bikes will run on different race courses on day one, and then switch courses on day two. Each evening the NORRA team will offer locally inspired hospitality starting with happy hour events, and concluding with dinner. The event’s unique format is intended to reduce complicated planning, and logistics, and create an event that racers can easily manage. If you have always wanted to bring your family, and friends to see what NORRA is all about, or want to get your feet wet racing in Baja, this is the event for you. On Sunday, there will be an amazing Awards Ceremony held to NORRA party standards that will include brunch at a great location to be announced. Race registration is open now. You don’t want to miss it! For information on entering the race, and the latest news, go to www.norra.com.